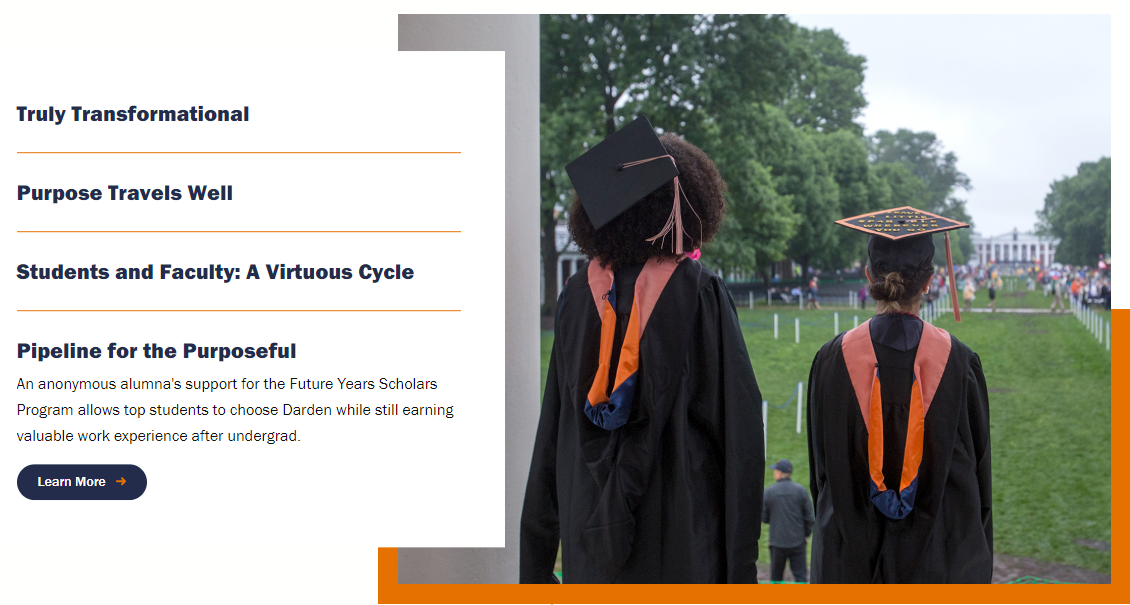 This project took up the bulk of my time as a Junior Full-Stack Engineer from May - August 2019. I was lucky enough to get the privilege of collaborating with two incredibly knowledgeable engineers on this site. Before this project, I had only heard of Drupal in passing, had never written a line of jQuery, and my previous PHP experience was echo "Hello World!"; I learned a ton while doing this project, both about building fully responsive components from a design file and how to turn client problems and feedback into simple, easy-to-use solutions.

In building this project, I had two experiences that I'm really proud of. First was the Counter module featured on the homepage. I got a trigonometry lesson from two senior engineers so that I could create, from scratch, a component which animates to a percentage point on a circle based on a value from 1 to 100. In the process of building out this module, I had already learned how to create an SVG which animates by manipulating stroke-dashoffset and stroke-dasharray, but applying trigonometry to that concept was a whole new challenge! But in the end, I was triumphant and I've never been so happy to see an animating circle.

The second experience was refactoring a feature another engineer had built. The initial build of the contact page used Drupal's Views module, but it turned out to be a little hard for the client to use. Reorganizing people within sections required swapping numbers and could end up completely reorganizing sections, plus adding new people to the page was difficult for them. I rebuilt the functionality so that the client could easily reorder people by dragging and dropping, as well as adding new people with the click of a button. It felt great to create a solution that'd save people time and thinking power. Getting to build solutions that make people's lives easier is the exact thing that made me want to learn to code in the first place.